One war can hide another 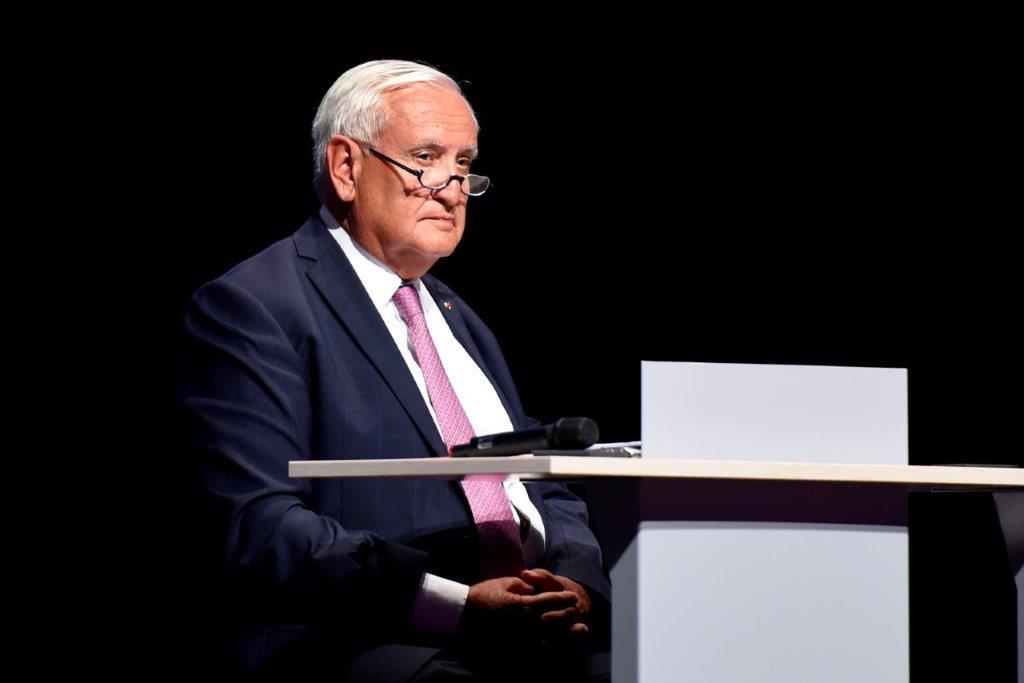 One war can hide another

The world is in the grip of tensions that are affecting all our lives deeply. Former French Prime Minister Jean-Pierre Raffarin surveys the situation ahead of an important meeting of leaders, experts and political scientists on 26 August.

Every year at Futuroscope, leaders, experts and political scientists gather on the last Friday of August to reflect together on the movements of the world, at the invitation of the Fondation Prospective et Innovation (FPI). This year, the theme of the Forum is “Europe in a world of ruptures”. French, Germans, Hungarians, Americans, Chinese, Indians, Africans will take part in the dialogue.

The situation in the world today is frightening. War has returned to Europe and seems set to continue for a long time. While the Ukrainian people are living through a terrible tragedy, wheat prices are rising, weapons are selling better than ever and access to gas is becoming a privilege while coal continues to burn and cause pollution. As in any war, there are only losers and no end is in sight.

Russia is strengthening its alliances, the BRICS (Brazil, Russia, India, China and South Africa) are toasting the poor health of the West and uniting against the idea and practice of sanctions. Countries like Algeria are knocking on the door of the heirs of what used to be called the “non-aligned” countries, who are finding a new lease of life. World governance is caught between between fissures and fractures.

International relations are subject to tension between the leaders of the two camps, the US and China. This tension is intense and dangerous. The world’s number one does not accept the emergence of a number two that sees itself as number one.

Very quickly, we have gone from an economic balance of power to diplomatic tension (Olympic boycott) and then to a potentially military rivalry (Taiwan). Domestic politics, on both sides, is adding fuel to the fire: in China the Zero-Covid strategy is causing a backlash, in America the mid-term elections are shaping up to be difficult. Both situations are favourable to the ultra-nationalists.

The stiffer the competition, the more systemic the rivalry. Confrontation, unthinkable some time ago, now becomes possible. The “Hyper Threat” is here.

Europe could be the big victim of the new international order. The war in the east of the continent is paradoxically doing damage to the European defence project since, the Europeans are sending an SOS to NATO out of fear. If it becomes divided, Europe runs the risk of becoming a has-been. We that it can reinvent its own dynamic in order play a role as a balancing force in this global antagonism.

Europe, however, still has strategic resources that it can mobilise :

– “Planetisation”. Peace needs consensus. Today, everywhere in the world, a consensus exists among civil societies and particularly young people according to which the humanisation of globalisation comes through the “planetisation” of consciences. To defend the planet is to defend humanity. With the “Paris Agreement”, Europe can carry forward this project and strengthen its destiny.

– Faced with authoritarian regimes, democracies must strengthen themselves by improving their efficiency, affirming their authority and assuming their diversity in the shared conviction of the necessary respect for others, pluralism and a sense of compromise. Europe can lead, alongside the US, this Alliance of Democracies, the objective of which must be to strengthen their legitimacy internally and to promote their values externally. In both East and West, democrats must talk to each other in order to progress together.

– Sovereignty based on solidarity. As the Covid pandemic revealed our varying degrees of dependence, sovereignty emerged as an essential requirement. However, we all understand that full sovereignty is a utopia and that we must integrate solidarity into our sovereignty effort. Europe is a model of the combination of independence and solidarity. It is out of the question to limit our reasoning to competition between two blocs when, for example, cooperation with Africa cannot be separated from the European project. On each continent, spaces of solidarity exist.

By relying on such pillars and no doubt a few others, it would no doubt be possible to “turn the lights back on”, as French writer and jurist Rachel Khan puts it.

For Europe to find the strength for this strategy, the Franco-German alliance must work towards this goal. It is a work of peace that must be built to stop this convoy of wars where one can hide the other.

The 16th annual Futuroscope Forum will take place on Friday 26 August 2022 at the Futuroscope Convention Centre in Poitiers, France. The theme of the Forum is “Europe in a world of disruption”. ”

Rewatch the vidéo of the Futuroscope Forum 2021