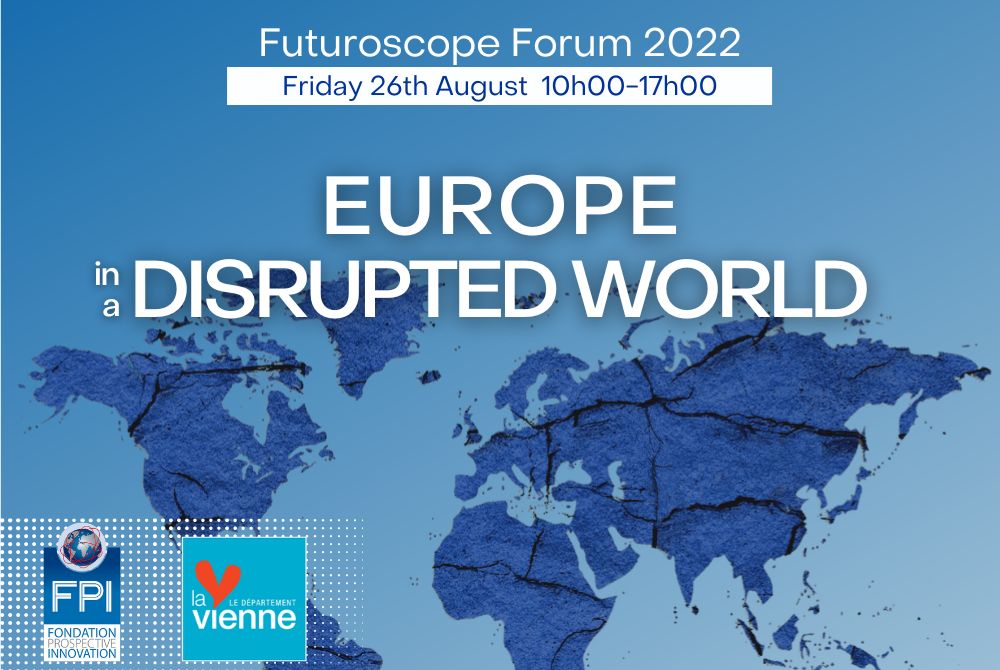 The Fondation Prospective et Innovation, with the support of the Vienne Departmental Council, is organising the 16th annual Futuroscope Forum, which will take place on Friday 26 August 2022 at the Futuroscope Convention Centre. The theme of the Forum is “Europe in a world of disruption”

Europe today faces many challenges. From the Ukrainian conflict at its borders, to successive technological revolutions and the Covid-19 health crisis, Europe must find its place in a world in perpetual motion.  Faced with geopolitical, technological, economic, political and climatic upheavals, what role can Europe play to avoid falling behind and contribute to a better world?

To answer this question and to try to find solutions, many experts and personalities will speak in three cycles on distinct themes: political, economic and geopolitical ruptures.

Current circumstances have led us to organise this year’s Forum in a hybrid format. You will be able to attend the conference in p