The Cold War, clash of titans, Thucydides trap, the words are not lacking to qualify the contentious relationships between the United States and China. In a context of higher risks of strategic hypertension, of military and economic escalation between Beijing and Washington, and of interrogations on Europe’s place as well as multilateral institutions in this power struggle, Sino-American relationships deserve particular attention insofar as they shape the world’s orientation.

This was the focus of the webinar on May 20th, 2021, of the fourth cycle of the Fondation Prospective et Innovation, dedicated to Biden’s first year of presidency.

With Jean-Pierre RAFFARIN, former French Prime Minister and Chairman of the Fondation Prospective et Innovation, Michel BARNIER, EU’s Chief Brexit Negotiator (2016-2020) and former French Minister, and Sylvie BERMANN, Chairman of the Board of Directors of Institute of Higher Studies in National Defence (IHEDN). André CHEING, President of Asiatique Européenne de Commerce, Vice-President of the Committee France-China gives his point of view of Beijing. Hall GARDNER, Professor at the American University of Paris, analyzed without compromise the American vision on the conflict of his country against China.

The military escalation between the two superpowers has traces from the Cold War, if not pre-World War.

Two camps are opposing each other, the one of liberal democracy, led by the Americans, and the one of authoritarian power, led by the Sino-Russian coalition. To have an advantage over the Chinese and the Russians, the Americans lead a new “double containment” policy that involves NATO and the EU against Russia on one hand, and the “Quad” formed by the United States, Japan, Australia, and India against China on the other. This “double containment” strategy leads to a rapprochement between Moscow and Beijing. This current speculation reminds of the Sino-Soviet alliance of 1950 against the United States and Japan.

Crimea and Taiwan run the risk of becoming centers of rivalry between the powers, which evokes the climate preceding the First and Second World Wars, more than the one at the beginning of the Cold War. This military escalation is explained by the rise in power of a polycentric global system born from the Cold War’s aftermaths, characterized by competing states, non-state and anti-state actors of unequal power and influence.

The polarization process of the global alliance system, accelerated by the new “double containment” strategy led by the United States, could lead to inter-state wars, combined with intern sociopolitical conflicts. The conflict about Taiwan is territorially limited for now, but it touches upon China’s territorial unity, which wishes to forget the “century of humiliation”. The hostilities about Taiwan could lead to a localized war, then to a regional conflict, if not global, involving Russia and China on one hand, and the United States and the European Union on the other.

Even if the race for leadership, the military escalation between the American and Chinese powers, and the world’s polarisation could lead to a global conflict, neither China nor the United States wish war.

The World is again stuck in the Thucydides trap, where the first power is threatened by the rapid ascension of the second actor, which disrupts the status quo. The United States fears the power rise of China; China considers the United States as declining. This is an unprecedented situation; the world’s history only knows a peaceful race for leadership, the one of the United Kingdom against the United States. Neither the USSR nor Japan have managed to effectively contest the American power. For the first time since the Second World War, the United States is confronted to a new world power. It is not ready to give away its hegemony.

The current situation resembles that of Jean Giraudoux’s play, The Trojan War Will Not Take Place. Peace is more threatened by a potential slip in an unstable context, rather than by vague, belligerent hopes. If the global system is becoming polarised between the rival alliances, any spark, accidental or intentional, could then start a conflict. With the entente being impossible, the Sino-American rivalry requires setting up lines not to cross, to avoid a future casus belli, and to maintain the status quo. In this way, China does not allow any reassessment of its social model and its territorial unity. The dollar’s position, at the heart of the American power, cannot be contested and constitutes the American line that should not be crossed.

Does Europe have a place in this confrontation? Is it possible to believe in a European sovereignty as a solution?

At first glance, it seems that Europe has let itself get behind. Whereas China and the United States have become the first economic superpowers, the gap with Europe has never stopped to widen. Among the first technological firms in terms of market capitalisation, none is European.

The impossible entente between the two big superpowers can be an opportunity for the European Union and evokes the concept of “structural hole” suggested by the American Ronald Burt. This notion designates the comparative advantage of an actor thanks to the absence of relations with its direct contacts. In a situation where the United States and China are not cooperating, only the European Union can position itself as tertius gaudens[2] thanks to its relations with the two powers, and place itself at the heart of the global system.

Climate change, diplomatic questions, prevention of the pandemic, Europe is seeking to cooperate in all domains and with all the powers; it reinforces its commercial and cultural links with other Asian countries. Without stopping the dialogue between Russia and China, and without abandoning its links with the United States, Europe must carve its own role.

The European Union must demonstrate an exterior lucidity, understand the world, but also go beyond its own weaknesses. Europe must affirm its duties and its interests in certain world areas. Some European countries, like the Balkans, are becoming very dependent on Beijing, despite their NATO membership. In this case, the European Union must adopt a geopolitical approach supposed to suggest alternatives in financial terms. The big projects let by Beijing in Africa raise apprehension for Europeans, who have to think of a global policy to affirm their interests.

In addition, the paradigm change, from the “Washington consensus” to the “Paris Accords consensus”, imposes a new multilateralism. On climate change, Xi Jinping and Joe Biden, despite being the leaders of rival countries, think accordingly. It is necessary to build upon these points of agreement to prevent history from repeating itself.

[1] Trygaeus is the main character of the Greek comedy Peace, written by Aristophane in 421 B.C. In the play, Trygaeus, who seeks to end the war that is hurting his nation, becomes the Greek envoy to gods to bring Peace.

[2] Concept defined by the German philosopher and sociologist Georg Simmel to characterize the third party which benefits from the opportunities arising out of a conflict. 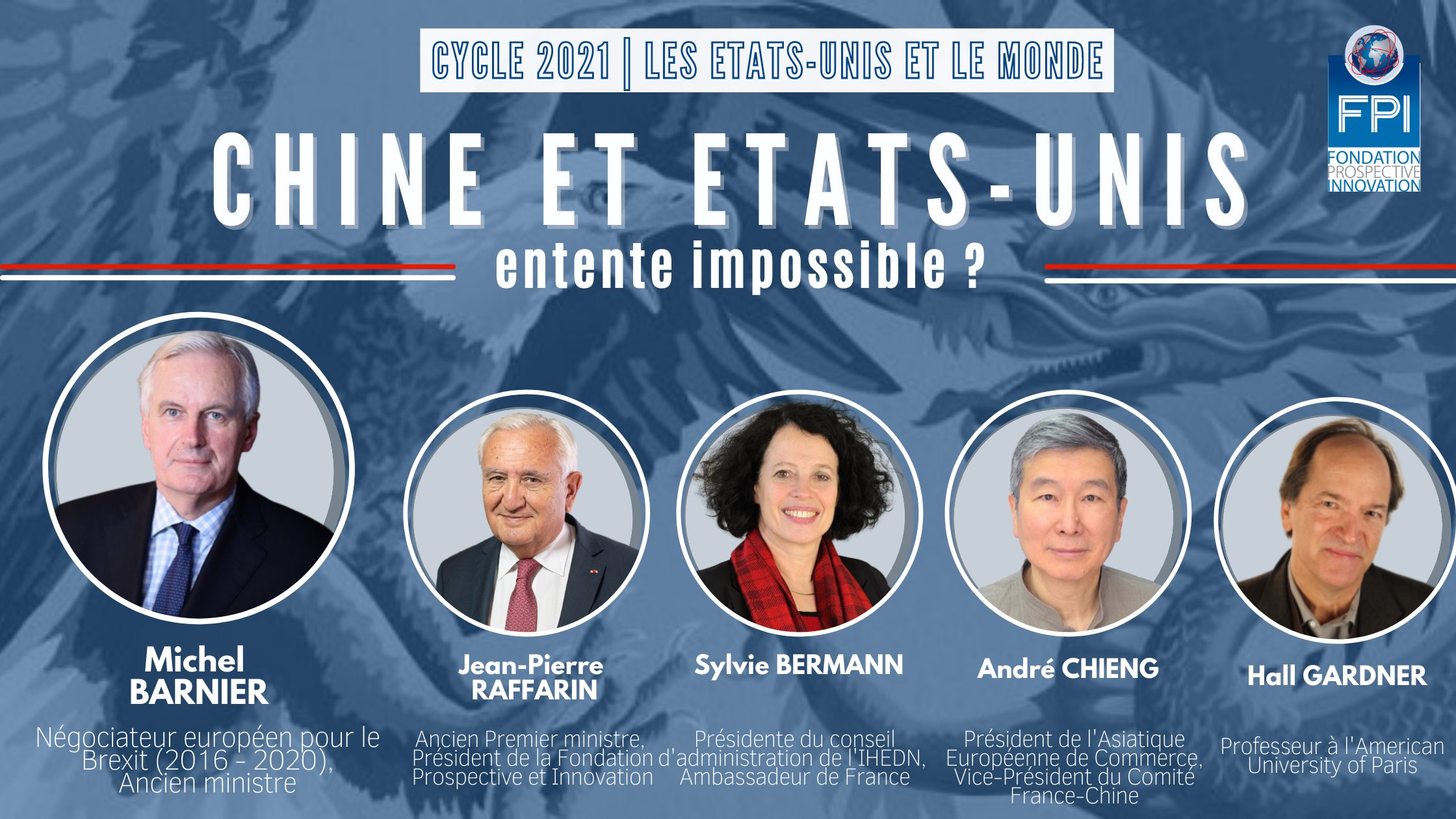 Watch the replay of the conference