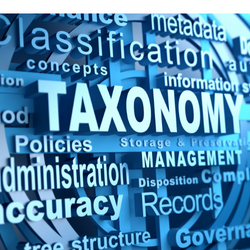 To help investors to channel European savings into environmentally friendly jobs, the European Commission is putting the finishing touches to its “taxonomy”, i.e. the classification of industrial activities according to their ability to meet environmental objectives. To a substantial list drawn up last summer, it has just added two activities that it considers likely, under certain conditions, to facilitate the transition to a totally carbon-free European economy: gas and nuclear power. This latest initiative is raising a lively debate within the Twenty Seven. Some states are even threatening to appeal to the European Court of Justice if it is confirmed. This is a dangerous prospect. While the chances of such an appeal are certainly not certain, it would be irresponsible to leave the future of a sector which, in France, is also of great interest to our dissuasion power, to the mercy of the courts.

This note reviews the different aspects of this important question.

The European Union is committed to reducing its greenhouse gas emissions in order to achieve carbon neutrality by 2050. Such an objective implies a fundamental change in the way we produce, which will require a major financial effort, estimated at €350 billion annually. Mobilizing such sums means directing savings towards activities that best achieve the objective of carbon neutrality, i.e., directing them first and foremost towards the “greenest” investments.

Since ecological concerns have become dominant in our societies, many organizations – rating agencies, consumer associations, banks… – have developed standards and instituted labels to distinguish and honor “green” activities. However, these definitions have quickly proliferated into a maze where it has become difficult to identify. Encouraging savers to finance sustainable investments on a large scale therefore implied putting some order into the matter. This is the main purpose of the taxonomy.

In order to lead the initiative at the level of the whole of the Old Continent with the ambition of making it a model for the rest of the world, the European Commission has set up a Technical Expert Group. This group classified economic activities according to their impact on six objectives, measured by their ability to 1) limit climate change, 2) adapt to climate change, 3) protect water and natural resources, 4) protect and restore biodiversity and ecosystems, 5) prevent pollution, and finally, 6) contribute to the transition to a circular economy. On this basis, the experts proposed that activities that met at least one of these objectives without undermining the achievement of any of the other five should be considered green. With the overall concept thus defined, an European regulation was drawn up and published: this is Regulation 2020/852 of 18 June 2020, which gave legal form to the experts’ recommendations.

Although in EU law a regulation is mandatory and directly applicable in all member states, here, in terms of the taxonomy, what is constraining is the way in which sustainable activities are defined but there is no obligation to refer to it. Investment funds and other investment vehicles, under the “comply or explain” principle, will simply have to answer how and to what extent they use the taxonomy in the context of their investments qualified as sustainable.

However, the European regulation currently being developed represents a crucial issue. The taxonomy will serve as the backbone of green bond norms and standards in the European Union. It will also serve as a reference for investors when reporting on the sustainable and green exposure of their investments in different asset classes. Already in terms of the Sustainable Development Goals, a private initiative without legal power to enforce has made it a universal reference. It is used by companies and financial firms to “report” on their sustainability impact. On this model, the taxonomy will have a decisive influence in encouraging or condemning such or such activities in the long run, especially since the number of companies subject to reporting obligations has increased significantly at the same time. It is no longer 11,000 but 50,000 companies that will have to comply.

With taxonomy, we enter the “hard” part of the fight against climate change. It is in fact a question of organizing the disappearance of fossil fuels in favor of those that will ensure carbon neutrality. In this context, the question arises regarding the precise boundary to be drawn between what is green and what is not, or, to put it frankly, the question of whether or not nuclear and gas can be included, i.e. considered as included in the elected perimeter.

The above-mentioned basic regulation no. 2020/852, adopted by the Council and the European Parliament and published on 18 June 2020, dealt only with the main principles of the taxonomy and left it to the Commission to regulate, by means of a “delegated act”, the situation of each of the activities likely to be concerned. The latter, adopted on 4 June 2021 and published on 9 December, is a veritable encyclopaedia, reviewing 88 (unless I am mistaken) activities, 25 of which are in the energy sector. The list of activities in this last sector nevertheless left out, for additional investigation, those concerning both gas and nuclear energy. These two particular cases were finally the subject of a complementary delegated act which was published in draft on 31 December 2021.

In this text, the Commission recognizes that the use of these two types of energy can contribute to the decarbonization of the economy by facilitating the transition to this essential objective of the fight against climate change. But this is on the condition that the risks they may pose to other objectives that may be those of a “green” activity are minimized. With regard to nuclear power, the issue of greatest interest to France, the European executive therefore agreed to approve it as a transitional activity as long as: 1) guarantees would be given for the treatment of waste and the dismantling of facilities; 2) a permit to build new power plants would be issued before 2045; and 3) work to extend the life of existing reactors would be carried out before 2040. Since the very purpose of the exercise is to channel savings, it is appropriate to inform savers objectively. For the sake of transparency, it has therefore added an obligation to indicate precisely the exact share taken by these controversial energies in the activity considered.

Clearly, the adjustment made by the Commission is a reflection of the factual situation. These two energies are less GHG-emitting in the case of gas and very low-emitting in the case of nuclear. They therefore meet, fairly well for the former and perfectly for the latter, the first of the six criteria of the June 18, 2020 regulation, climate change attenuation, at least in a transitional phase. We suspect that the European executive has sought to conciliate the two “heavyweights” of the Union in this matter, Germany, which is heavily dependent on gas, and France, which has been deeply committed to nuclear power for a very long time, an energy source that not only supplies 67% of its electricity but also, and perhaps above all, supports the development and maintenance of its dissuasion power. But it is not said that the Commission has to ignore the major interests of the Member States. All the more so since these interests are widely shared: unless I am mistaken, all of the Twenty Seven have recourse to gas, which represents 22% of the Union’s energy mix, and 13 of them have recourse to nuclear power, which provides 13% of this mix.

For the past month, these additional measures taken by the Commission have been the subject of opposing reactions. On the one hand, at least thirteen member states – the Nordic countries, the CEECs and, of course, France – strongly support it. On the other hand, Luxembourg and Austria in particular are standing up against it. They are supported by a vast movement of opinion. Already, in a letter dated August 6, 2021, five energy ministers (Germany, Austria, Denmark, Luxembourg and Spain) had called on the European executive not to go down this road. Today, in addition to the usual procession of NGOs and other climate or anti-nuclear activists, some less expected voices have been added, such as that of the president of the EIB or that of the members of the European Platform on Sustainable Finance, which the Commission set up in 2020 to broaden the composition and competence of the Group of Technical Experts which previously advised it.

3) The possibility of an appeal

Functioning of the European Union, a delegated act can only enter into force if, within a certain period of time, in this case four months, the Parliament by a simple majority or the Council by a qualified majority does not object. In this case, it is not possible to obtain a super majority of 20 Member States in the Council. In the Parliament, gathering a simple majority may not be entirely impossible, but it is highly unlikely. In view of these prospects, some states, following Luxembourg, have declared their determination to refer the matter to the Luxembourg Court if necessary.

In support of their possible appeal, two means are being considered at this stage, which is actually very preliminary.

The first argument would be that the inclusion of gas and nuclear disregards the requirement that a green power must not only meet one of the six criteria set out in the basic regulation but must also avoid undermining the achievement of any of the other five. In this case, gas would do a poor job of meeting the attenuation objective and most of the six objectives of the taxonomy. As for nuclear power, while it undoubtedly satisfies the attenuation objective, it would be detrimental to the achievement of several of the other five objectives because the question of waste has not been resolved and accidents are always possible (cf. Chernobyl and Fukushima)

The second argument would consist in objecting by taking this delegated act, the Commission has gone beyond what is authorised by the above-mentioned Article 290 TFEU. It would be contrary, if not to the letter, at least to the spirit of the Treaty and even to the practice of relations between the institutions, for the Commission, as the implementing body, to be able to decide on decisions as heavy as whether or not to include gas and nuclear power in the taxonomy.

We will not fail to reply to these two arguments. For nuclear power, it is an activity surrounded in Europe by a luxury of precautions and guarantees, far superior to those of the USSR in 1986 and even Japan in 2011; that, in any case, what is planned is to use it only as a transitional energy… As for the abuse of rights that the European executive would have committed by proposing the delegated act, it could be argued that the act on the basis of which it was taken (Regulation No. 2020/852 of June 18, 2020), duly voted by the Council and the Parliament, has itself set without the slightest restriction the full extent of the delegation granted to the Commission…

All of this makes sense. But all this remains fragile. It’s not hard to convince each other. It is more difficult to convince the judges. In short, the situation is not desperate but remains uncertain. In the coming months, there will be a lot of explaining to do, especially towards the European Parliament, towards hesitant member states such as Spain and even Germany, and towards at least some of the members of the Platform. In any case, this is a matter to be followed.