This book is based on the two days of study that the Prospective and Innovation Foundation devoted to breakthrough technologies, in a partnership with the Cavendish Group.

The first is that disruptive technologies, born of the digital revolution or associated with it, are presently combining to cut across a fundamental qualitative threshold, ushering in the era of the augmented Anthropocene and, in due course, a history that will give artificial intelligence and human prostheses an increasing edge over humanity itself.

The second is that this forecast has already been fulfilled, insofar as all the conditions are already in place and leading to rapid advances – even as our ability to anticipate or even to conceive of their economic, social, geopolitical and mental impacts is still lagging far behind. Herein lies the challenge awaiting humanity.

The third is that, in order to face this coming shock, every intelligence and every force must be prepared to convene and, as far as possible, to work in concertation. Synergy between Europe and China is particularly desirable in this respect.

The needed convergence of energies and visions must take root in the very reality of the transformations underway – with implications that reach, and have, for a long time, been reaching well beyond the borders of any nation. It is vital that specialists be brought to work together in common research, development, nourishing exchanges.

By supporting the idea of a concrete rapprochement between European and Chinese actors of this great mutation, in the various professional, financial, scientific areas, to mention but a few, the encounter on breakthrough technologies, a break with old suspicions, which are now far more reckless than protective. 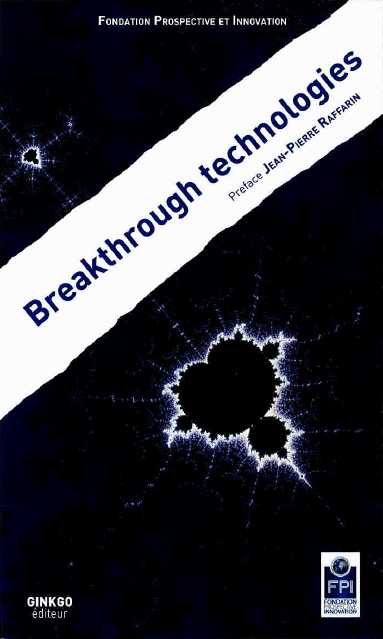