UNCTAD has just published its assessment of Foreign Direct Investment in 2021. Its annual report on the subject should be released in June 2022. This is therefore preliminary data, with an extrapolation of the last few months. Several statements.

A strong rebound in Foreign Direct Investment (+35%) compared to 2020, even higher than in 2019 (+10%). This rebound primarily concerns the United States, which is once again the leading destination for FDI. But developed countries now receive less FDI than transition and developing countries. The increase is largely due to mergers/acquisitions and intra-group transactions (+50%) and not to the announcement of new investments, which remain unchanged from last year and are down by almost 30% compared to 2019.

Productive investment is down by almost 50% year-on-year and 75% compared to 2021. Only NICTs are doing well. Europe and Africa are left behind.

A sharp rise in FDI flows

Contrary to forecasts of a gradual rebound in FDI, which was not expected to return to its 2019 level until 2022, UNCTAD’s recent estimations show that the 2019 level has not only been recovered by 2021, but has been exceeded.

This downward trend affects mainly developed countries, and it is therefore likely that 2021 will be a catch-up, not a sustainable recovery.

FDI flows (in billions of dollars)

The increase is mainly due to the United States, which is once again the leading host country for FDI with $323 billion, of which around 90% is due to mergers and acquisitions, and to China, which is back in second place with $179 billion (+20%).

Sub-Saharan Africa shows a large increase due to an internal financial transaction at the South African firm NASPERS. Without this $46 billion equity swap with a Dutch subsidiary, FDI inflows in 2021 would be $42 billion, up 45% from 2020 and 31% from 2019. Africa’s share of global flows is 5.3% and 2.6% without the swap, compared with 2.2% in 2019 and 3.1% in 2020. Although the figures have improved significantly, Africa is still left behind, attracting only 3 percent of new investment and 4.5 percent of project finance.

Importance of financial transactions and weakness of productive investments

The impression of a rebound in investment must be corrected by the weight of mergers/acquisitions or intra-group transactions that were suspended in 2020 and were able to be completed in 2021. The majority of these transactions are in the United States (two-thirds) and Europe (one-quarter). After falling by 10% in 2020, they rebounded by 58% in 2021 to reach $614bn for $777bn of FDI in developed countries and 45% of global FDI compared to 34% in 2019.

Mergers and acquisitions do not result – at least for the time being – in improved production capacity, but in financial restructuring. The recovery in FDI is thus paradoxically accompanied by a decline in productive investment, which in 2021 will represent only half of that announced in 2020 and a quarter of that in 2019.

New greenfield investments announced in 2021 (which will take time to translate into cash outflows and production capacity) are up 7% but remain below 2019: $610 billion compared with $846 billion, a decrease of 28%. Only the ICT, electronics and, secondarily, pharmaceuticals sectors do better in 2021 than in 2019.

International project financing, which had fallen by a third in 2020, is picking up again and doing better than in 2019 (35%) thanks to new energies, which account for almost half, far ahead of hydrocarbons (14%) and real estate (15%). Transport infrastructure (4%) and water and sanitation (0.5%) are the poor relatives.

The impression that emerges from these figures is first and foremost that of a global economy whose financialization is continuing and in which emerging economies are strengthening their attractiveness. East Asia alone attracts one-third of global FDI, more than the United States and the European Union combined, and nearly twice as much if we subtract financial transactions.

Investments that can contribute to the Sustainable Development Goals (SDGs) have fallen dramatically: 30% of the 2019 amounts and 40% of the 2020 amounts. Half of the 3.8 billion goes to the telecommunications sector, the fifth to new energies, while agriculture and food receive only a tenth of the 2019 amounts, health 40% and education the twentieth.

It seems a little better for the SDGs concerned by the financing of international projects that make a jump of 50% but mainly because of a large project of new energies. Apart from this type of project, which accounts for 90% of project financing, the drop is harsh: a division by 20 of the amounts provided by international project financing. The same observation can be made for productive investments, 98% of which are allocated to the energy sector and 1.3% to transport. 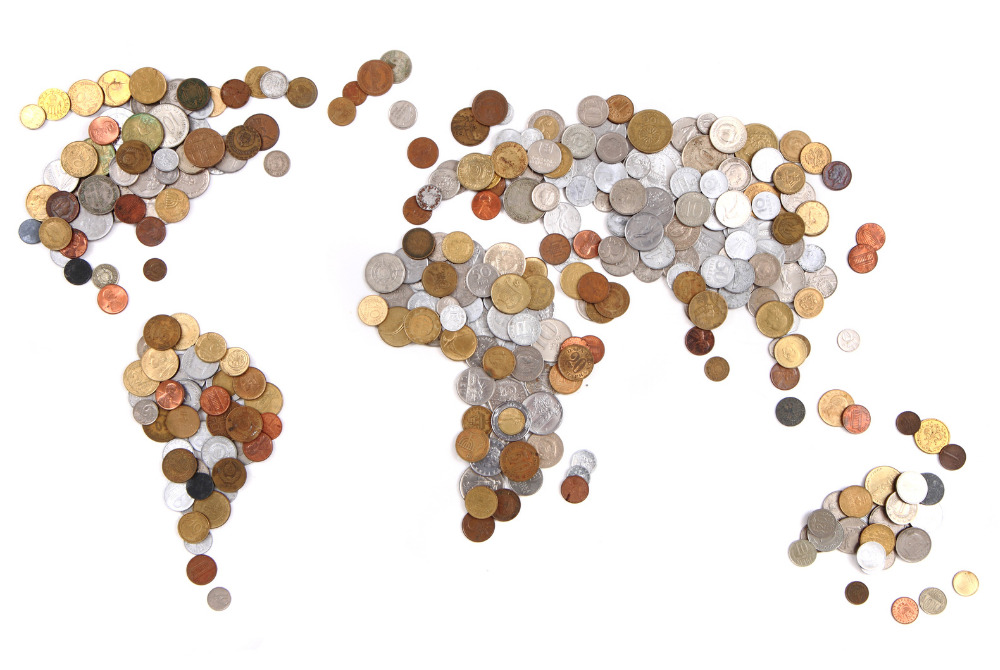